Politics has always been a team sport.  We divide into teams, Republicans versus Democrats or Conservatives versus Liberals.  There are smaller teams, too, Libertarians, Environmentalists, Communists and even more.  We self identify and, often, belong to more than one team.

Many don't join a team, at least not officially.  But we often side with one team or another with regularity.

Catering to this political division, our television news networks have recently become voices for "primarily" one team.  Fox News is often seen as a "Republican" voice.  More recently MSNBC has become a "Democratic Party" voice.

We trust and read and listen to people we perceive are on our team.  They have credibility.  They are seen as honest, intelligent, articulate, wise.  People who are seen as members of the "other team" are foolish, gullible, doctrinaire, duplicitous and, generally, just plain stupid.

Hence Liberals tend to fawn over the writings of Nobel Prize winning economist Paul Krugman, giving him nearly unlimited credibility, regardless of what he writes and on what subject.  Meanwhile Conservatives see him as foolish and much worse.

On the issue of gun control, Conservatives love Wayne LaPierre, chairman of the NRA, while Progressives regard him a paid lackey for the gun industry who cares nothing about the death of innocent children.

Then along comes Pulitzer Prize Winning Playwright David Mamet, author of Glenarry Glen Ross, Speed the Plow and other great plays.  He's an Oscar nominated screenwriter for The Verdict and Wag the Dog and more.  Generally his movies and plays are clearly anti big business anti Capitalist tomes.  As a Liberal and Progressive, surely he's one of us. Isn't he?

I mean he's sure as hell no Wayne LaPierre, is he?  Well, Huffington Post readers who actually pay attention already know he is a Hollywood misfit, a conservative is a big liberal pond.  But nearly the rest of the world is shocked by his cover story in this week's Newsweek: Gun Laws and the Fools of Chelm

I want to encourage you all to read the Newsweek essay linked above and below.  It's stunningly brilliant.  And Manet, just like Wayne LaPierre is completely correct.  Here's a tiny snippet or two:


My grandmother came from Russian Poland, near the Polish city of Chelm. Chelm was celebrated, by the Ashkenazi Jews, as the place where the fools dwelt. And my grandmother loved to tell the traditional stories of Chelm.

Its residents, for example, once decided that there was no point in having the sun shine during the day, when it was light out—it would be better should it shine at night, when it was dark.

Similarly, we modern Solons delight in passing gun laws that, in their entirety, amount to “making crime illegal.” What possible purpose in declaring schools “gun-free zones”?

Who bringing a gun, with evil intent, into a school would be deterred by the sign?

Violence by firearms is most prevalent in big cities with the strictest gun laws. In Chicago and Washington, D.C., for example, it is only the criminals who have guns, the law-abiding populace having been disarmed, and so crime runs riot.

Cities of similar size in Texas, Florida, Arizona, and elsewhere, which leave the citizen the right to keep and bear arms, guaranteed in the Constitution, typically are much safer. More legal guns equal less crime.

This past Wednesday President Obama outlined a broad and complex series of initiatives to curb gun violence in America.  Many steps he outlined will require new legislation, but a large number of measures he instituted through Executive Order.  By and large I agree with his "Executive Order" measures.  However, new legislation is unlikely to pass.

There are two very unfortunate side effects of the Obama initiatives.  First his heavy handed and combative approach further deepened the divide in our society over this contentious issue.  Obama further inflamed tempers and increased friction in our already over-heated political atmosphere.  Lats face it, President Obama does not want to be, and is incapable of being, a conciliator.

Second, every step President Obama outlined, even if fully implemented would not curb gun violence one tiny bit.  It likely would make it worse.

Gun violence can be curbed. In fact it can be nearly eliminated.  But not by making criminals out of America's most law abiding citizens.  Obama's laws are all designed to restrict and restrain good honest people, they do nothing to affect the criminals. 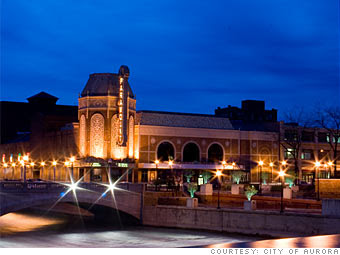 Many cities and communities across America are taking real action to reduce gun violence.  None are doing it by further restricting guns.  One example is tremendous success is Aurora, Illinois.  Aurora is Illinois second largest city, is near Chicago, and was one of the deadliest cities in America just a few short years ago.

Just eight years ago the murder rate in Aurora exceeded the rate in Chicago.  Over the last eight years gun violence and murders in Chicago has gotten worse, while in 2012 Aurora did not have one single homicide!  Not one!!  And there were only 61 incidents of gun violence, an 80% reduction from the peak in 1996.

How did Aurora do it while simultaneously having a population explosion?  It took a multifaceted d approach to solving the underlying issues of poverty, gang violence, education and opportunity.

Aurora Police Chief Greg Thomas said there are no quick fixes for reducing the number of murders in any community.

Thomas said that a key factor was getting help from the community, getting kids into after-school programs and the Junior ROTC.

If the police caught wind that a certain young person was trying to become involved in a gang, police would talk to the young person’s parent and inform them of the signs to watch for from their son or daughter.

Rev. Pat McManus, pastor at Kingdom Impact Center, is one of several aurora ministers who held prayer vigils at every murder scene in past years, encouraging neighbors to fight back. “We’re all working together, doing the same thing, having the same focus to truly see the city turn,” he said.

Thomas said Aurora started focusing in 2005 on the worst of the repeat criminals and getting them locked up in federal prisons.

“If you look at about 2005 to 2007, we took about 150 high-ranking gang members, shooters off the streets in Aurora, with help from federal partnerships with the ATF and FBI. I think that was a big contributor,” Thomas said.

Thomas said the reduction in the murder rate is the culmination of a long team effort, and the results have been dramatic. Thomas credited a crackdown on gangs, assisted by federal authorities. Thomas also credited use of the CompStat system, which uses crime statistics to focus police resources on hot spots of activity.

East Aurora was once the center of much of the city’s gang and drug violence, but in the neighborhoods, and the lively businesses, residents feel the change. “I believe my kids are in less danger,” one woman said.

“I think it should get out, you know? Come live in Aurora, It’s a safe place,” another man said.

Certainly the growth Aurora has experienced has helped by opening up job opportunities.

One thing Chicago's overly tough gun laws have proved beyond any doubt: Gun Control DOES NOT reduce gun violence.  Social, civic and law enforcement solutions like those implemented in Aurora do.

The following resources were helpful in preparing this blog entry.  In some cases quotes for city officials and residents were taken from these news stories and I am indebted to the reporters who did the real work in researching this information:

I am working on my next blog entry on curbing violence and violent crime.  As I mentioned in last week's blog entry, gun control is not part of any real solution.  None-the-less President Obama and many Governors are making Gun Control their primary response to the current wave of violence.  Unfortunately, Obama's approach is badly dividing Americans. That is a shame and will only serve to further polarize our nation.

One example of the heated feelings being generate by the left's current attack on guns, is this image and message, which has gone viral on Facebook and elsewhere.  Keep in mind that AT LEAST 50% of all Americans agree with this message. 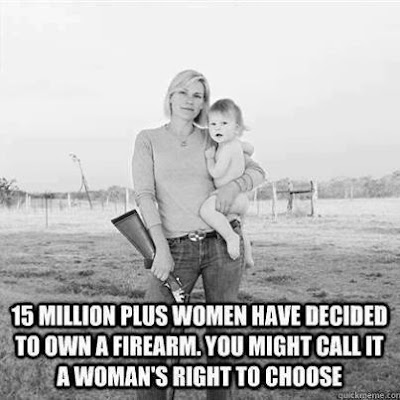 As I stated in my last blog entry, Liberals love to condemn inanimate objects, organizations, corporations, large demographic groups of people and (very, very, very rarely) the government rather than individuals in placing blame for society's ills.  I tangentially pointed out that law abiding citizens were likely to be blamed (especially if they are part of a large group) but lawbreakers are showered with excuses, mitigating circumstances and forgiveness. 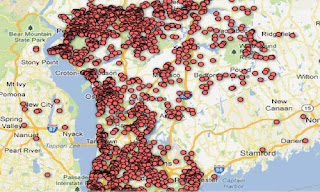 It is a curious mindset that defies explanation.  But it has been on full display this last two weeks courtesy of the lower Hudson Valley Journal News, a Gannett newspaper, and their dynamic web site, lohud.com. The Journal News decided to publish, on an interactive map, the names and addresses of all REGISTERED GUN OWNERS in their area.

It certainly didn't matter to the Journal News that, statistically, these are probably the most honest and law abiding citizens in their readership area.  It didn't matter that these folks went out of their way to meticulously obey the law. These people were named and branded as public enemy number one!

Now, obviously, The Journal News couldn't list the names of the illegal and unregistered gun owners, because, well, these people are actually criminals.  But,as near as I can tell, The News Journal, pretty much always ignores criminals.

I couldn't find, for example, a listing, interactive or otherwise, of registered sex offenders.  As a parent and grandparent I'm a lot more interested in who is a sex offender in my neighborhood than who is a gun owner.

There is no list of parolees who have been released from prison, but are still paying the price for their crimes against the community.

There are no gang member listings or even locations of gang activity.

I couldn't find a list of under performing schools or teachers.

Any interactive list of deadbeat dads who fail to provide for their children was curiously missing, too.

This is all because Liberals blame the guns.  It's easy, clean and simple.  We never blame people.

As we build new gun control laws, you can bet they will only further restrict honest, law abiding, registered gun owners.  They will do nothing to restrain criminals or reduce criminal gun violence.

Gun murders can be reduced or nearly eliminated.  One major metropolitan area has actually done it! ZERO murders in 2012!!! And gun control laws had absolutely nothing to do with the solution. More on that in my next blog entry.