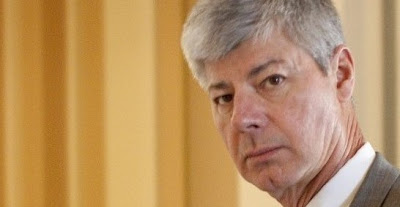 "There are three kinds of lies: lies, damned lies, and statistics."

It is ironic and somewhat appropriate that many people today know the quote from the popular political television series, The West Wing. In today's hyperventilating political environment, it is certainly reasonable to think the quote applies to politicians. 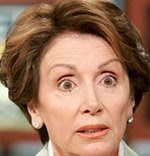 Numbers are easy to misuse, misquote and misrepresent. Hide money here, move money there and you can get any result you desire. Sadly, that is exactly what Nancy Pelosi and the Democrats are doing with the Health Care Restructuring costs.

Frankly, I think it's just a damned lie.

You can't cut Medicare by $500,000,000.00 and then say there will be no change in the program and no reduction in benefits. It is a lie. And if you're a senior on the excellent Medicare Advantage Program, it's a damned lie. It is mostly the very poorest seniors on Advantage and it saves them, literally, hundreds of millions of dollars each year.

Medicare IS NOT the wonderful medical insurance some might claim it to be, There is much Medicare doesn't cover and much more with often huge deductibles. Advantage almost eliminates all these deductibles and covers many procedures at a much lower cost.

Seniors can be forced into bankruptcy just covering Medicare deductibles or paying fro procedures Medicare doesn't cover. Thanks to Nancy Pelosi's damned lie, this is going to happen 500 million dollars more often than it did before.

What really pisses me off, as a Democrat, is that if some Republican President proposed gutting $500,000,000.00 from Medicare every Democrat would have stood in lock step to prevent it. Now Nancy Pelosi just pretends it isn't happening. And most Democrats will vote Sunday to kill the enormously popular Advantage progam.

By the way, Health Care Restructuring won't reduce he deficit one penny once Congress permits cost of living increases for Doctors as they have every single year since Medicare first began. The bill being voted on Sunday has doctor's reimbursements going down every year for the next 20 years. That is just another damned lie.
Posted by Bob Keller at 3/19/2010 01:32:00 PM 1 comment:

When James Cramer, Ultra-Capitalist of Mad Money on CNBC agrees with Euro-Socialist Lawrence O'Donnell you know the Health Care Restructuring Bill being crafted by Congress is a complete disaster.

This is the most IMPORTANT 9 MINUTES you can possibly spend today. Watch it all.

Visit msnbc.com for breaking news, world news, and news about the economy

The local radio station, WLIN, is just about the only source of news in Durant, Mississippi. Durant is located in Holmes County. Today the radio station had this somber news to report:

"Holmes County had a whopping 23.1 percent unemployed in January, according to figures released Wednesday. Meanwhile Attala County is well above the state average in jobless numbers, at 17 percent. Mississippi's unemployment rate stood at 12 percent in January, up from 10.3 percent in December and higher than the national rate of 10.6 percent. The state Department of Employment Security released figures Wednesday. Unemployment ranged from a high of 23.1 percent in Noxubee and Holmes counties to 8 percent in Rankin. MDES says 22 of Mississippi's 82 counties posted unemployment rates less than or equal to the state's rate of 12 percent and 74 counties reported double-digit rates for the month." 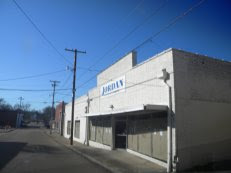 This isn't news to the folks who live in Durant. The Piggly Wiggly Supermarket closed as has every name brand gas station in the city. Only a few retailers are hanging on and a respected furniture store in a neighboring town is going out of business after 106 years.

The current recession is merely another nail in the coffin of this north central Mississippi county. NAFTA drove out the many, many small and medium size factories in this county that included some of the nations leading electrical companies. Those factories and jobs are now down in Mexico.

This heavily Democrat and heavily Black county has received surprisingly little Federal help in the last ten years. And, curiously enough, the Stimulus Package passed them over, too, in spite of the fact that one of the nations leading and most powerful Democrats in Congress, Rep. Bennie Thompson, Chairman of the Homeland Security Committee, represents this county.

It seems to me that the gerrymandering that has carved out politically safe districts in every state has done much more harm than good. This district is safe. Representative Thompson will never face a challenge. Not even if unemployment reaches 50%.

So political plums, gifts and favors are going to the Blue Dog Democrats who's swing votes are critical to reaching the President agenda. Senator Ben Nelson and Nebraska can demand and receive huge bonuses. Joe Lieberman can extract what ever he wants to gain his vote.

A Democrat who faces a tough re-election can make sure extra construction, more police officers or a new highway goes through a town whose votes he needs. There is really nothing wrong with that system.

It's the safe towns, the politically safe counties that suffer. Why pay for the cow when the politicians can get the milk for free.