One of my favorite bloggers, the great Lee Kiester whose blog "Lee's Tid Bits" I recommend you read daily, started me off on a journey that ultimately led to an insightful article written by Rachel Alexander in the Tea Party Tribune.  Before you dismiss the source for being associated with the "Tea Party" you need to take time to consider what Rachel has written.

Her title neatly summarizes the entire article - The Power of Being “Offended” in Order to Shut Down Political Debate  Let me reprint just a small portion of what Rachel has written.


Has society really become quite thin-skinned, or is acting “offended” a new tactic that is being used to shut down legitimate political debate? Progressives are increasingly claiming to be offended whenever those on the right disagree with their left-wing positions. It doesn’t matter what the issue is; the left will divert a legitimate political debate into an accusation that the right disagrees with them because they are full of hate towards them. This puts the right on the defensive, and removes the real debate from discussion. It then becomes difficult for the right to ever prevail with their position, because to do so would mean “hate” had won.

This really resonates with me because, like many of you, I watch Morning Joe on MSNBC many mornings each week.  I like Jos Scarborough and I am especially fond of Joe's co-host Mika Brzezinski. However, since the defeat of the Gun Control Bill in the US Senate Mika has been passionately lobbying every day for Gun Control and background check expansion.  Passionate may well be an understatement. 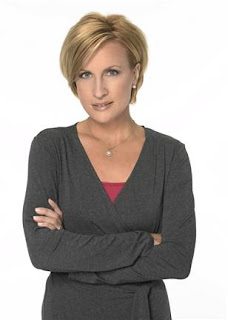 Ahhh.. the Evil Doers. Mika Tweets their names. She posts their phone numbers. She implores her viewers to call and tweet  They are pathetic. They are cowards. They are all EVIL.

What's been absent is any real discussion of the issues.  Never are any of the EVIL DOERS given an opportunity to explain, tell their side or debate.  The position of gun rights advocates never sees the light of day.  Except when Joe ridicules them himself.

As Tea Party Advocate Rachel Alexander might explain, on MSNBC HATE has won.  Debate has lost. Discussion has lost. Reason has lost. Civility has lost,  Sadly everyone has lost.
Posted by Bob Keller at 4/25/2013 06:54:00 PM 2 comments:

In Praise of News and Opinion Diversity

Like most of you I'm still trying to comprehend the events of the past week.  Most American's nerves are raw and we're all guilty of saying things or at least thinking things we don't necessarily mean.  Nothing is more rare today than facts, nothing more plentiful than opinions.

As we calm down and as the myriad of media, new and old, do their jobs, we will begin to understand all that happened in a few short, horrific days.

Until the terror in Boston and the horror in West, Texas I was planning to write a follow-up to my previous blog about Sarah Palin and the lack of real dialog between the left and the right in this country.  It is still, I believe, the biggest obstetrical we all face.

But I'm going to leave that blog for another time.

What I want to do here is simply praise the strength, diversity, the efficiency and the depth of the media in light of the new digital age and social media availability to all Americans. 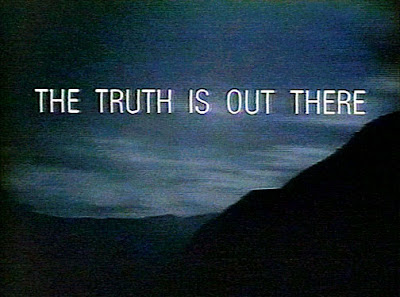 You only need to be on Twitter for a few minutes t understand why despots in countries all around the globe try to regulate it or shut it down.  Today news spreads like wildfire.  Sometimes its not accurate, sometimes it's colored by strong opinions, but it's ALL out there and we all benefit.

Any of my fellow Liberals who deny the immense left wing bias of the major media are simply deluding themselves.  They should be embarrassed.  They should be one hell of a lot smarter than that.

But the right need not fear for one minute.  The views and OFTEN THE FACTS needed by all Americans are out there. And people get the news.... and the facts... and vital opinions.  This system really, really works!

You need look no further than the news about Dr. Kermit Gosnell, the abortion doctor who might just be the biggest MASS MURDERER in American History as proof.  Did the mainstream media ignore the Gosnell story?  Absolutely.  But did the new media get the story out and shame the old media in the process? YES!

And I don't think the Gosnell story is the worst example of main stream media dereliction of responsibility.  But the new media, FOX News, the Conservative pundits, the brilliant bloggers and others fill the gaps, effectively and consistently.

With Love & Affection to All The Sarah Palin Haters Out There 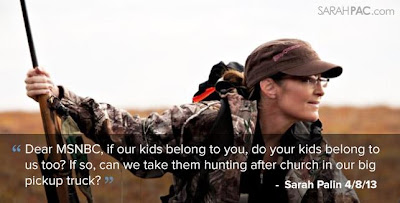 I have many friends and readers who really, really, really, really dislike Sarah Palin.  Their dislike is so intense it can only be called hate.  Their view of Sarah is colored by this intense hatred so deeply they actually are unable to even understand what she says, writes or believes.

To make matters much, much worse, they actually do believe they understand her.  They believe she is a grandstanding, money grubbing, fool and everything she says and does is strictly for her own profit. They simultaneously believe she is a bumbling fool and a Machiavellian genius and they see no conflict in these opposing views.

They are all horribly wrong.  She is neither.  She actually is a bright, thoughtful conservative voice and her words and opinions bear thoughtful review.  She speaks for millions of Americans, Americans who understand her perfectly.  And these people are no fools, either.

You need not agree with her to appreciate her talent, her wisdom and her eloquence.  As Liberals we ought to be impressed and consider her words carefully, not casually dismiss and deride her.

The above post from her Facebook Page bears a lot of thought, for she is spot on correct.

Visit NBCNews.com for breaking news, world news, and news about the economy

Sarah Palin's response at the very top of this page is nothing short of brilliant.  Sadly, I'm willing to bet not one of my Liberal Friends will even get Palin's point, but they'll be quick to claim Palin missed Harris-Perry's point.  Such is the sad state of dialog in our country today.
Posted by Bob Keller at 4/10/2013 02:17:00 PM 3 comments:

Walgreens: Capitalism May Yet Rescue Americans From Obamacare

Capitalism is doing what it does best: finding and filling the voids between supply and demand.  And, let's be honest, The Affordable Care Act, or ObamaCare has more voids than a black hole.

We are mere months away from losing the two things President Obama said we could keep under ObamaCare: our doctors and our insurance.  Both will soon be gone.  Our insurance will be replaced by a significantly more expensive model guaranteeing care most Americans neither want or need.  Meanwhile, our doctors are either retiring or being placed in the untenable position of seeing far more patients that he or she can possibly manage.

But your local drug store, Walgreens, is coming to our rescue! They are going to take over a significant portion of Primary Care at low cost, affordable rates.  Of course you won't see a doctor, but will see either a nurse practitioner or a physician's assistant (whatever that might be) who will diagnose illness, prescribe medicines and order additional tests, x-rays, etc.  Somewhere out in the cloud, probably right next to your mp3's, will be a real medical doctor that will oversee and review the actions of these first caregivers.

This is all actually quite a good thing.  The biggest beneficiary will be Hospital Emergency Rooms.  At a tiny fraction of the cost, people, especially the uninsured, will receive treatment for most minor illnesses that they previously couldn't receive outside of emergency rooms.

And, let's face it, the rest of us will get care for chronic illnesses we won't be able to receive from our previous doctor.

Walgreen's will benefit by filling most of the prescriptions they prescribe and they will be paid between $65.00 and $135.00 per visit.  Some of that cost may or may not end up being paid by the insurance policy you will be forced by law to obtain.

This is good.  At least until my fellow government loving liberals decide that they simply cannot allow a "Company" to make a profit off people's illnesses.

I for one, would prefer to get medical care from Walgreen's rather than the a medical version of the DMV.

Here is a review of the Walgreen's Announcement from Kaiser Health News: Walgreens Becomes 1st Retail Chain To Diagnose, Treat Chronic Conditions
Posted by Bob Keller at 4/08/2013 06:50:00 PM No comments:

You Want the Slow Death or the Quick Death?

"...we are now seeing weekly examples of this Administration’s inability to govern."
---Joe Klein From the article
ObamaCare Incompetence
Time Magazine, April 2, 2013

Is Barack Obama the worst President in History? Of course not. There are numerous examples of more dishonest Presidents and more incompetent Presidents.  None-the-less it is President Obama who is doing the most damage to this country and who just might bring our current era to an abrupt and very unpleasant end.

It is the perfect storm where the government's gross incompetence, the President's massive ego and faltering world economy all meet at once.

I've outlined in numerous articles including the one just a few days ago that the massive debt and continuing deficit spending will destroy both the government and our nation's economy in just a few years.  That's the slow death.

The quick death is coming courtesy of ObamaCare, The Affordable Care Act, the worst single piece of legislation in the history of government.  It was poorly conceived and horribly written with mercurial attention to a thousand details but no understanding of how today's medical industry actually works.  It was written in the back rooms by bureaucrats mostly under the influence of special interest groups and industry lobbyists   It was passed by a Congress where not one member ever read the 1,900 page bill and I believe that NONE have read it to this very day.

If you support UNIVERSAL HEALTH CARE, as I do, you have to be terrified of this act which will accomplish just the opposite.

It will abruptly increase the out-of-pocket cost of medical care for virtually every person, reduce the number of people receiving care, bankrupt large portions of the medical industry, drive up costs and explode the national deficit.

You will not be able to keep either your current insurance (it will no longer exist) or your doctor, who will likely retire or be stretched so thin he or she will rarely see patients.  Most care will fall to Nurse Practitioners, or Registered Nurses of other less well trained members of the medical establishment.

Hospitals will become overcrowded ad under financed.  Some clinics will close. Others will be forced to operate on a cash only basis, refusing to take insurance.

It's going to get very ugly in a matter of months.  Read DEMOCRAT Joe Klein's Time Magazine article, ObamaCare Incompetence, to start. It's short and it's scary.  And it's the tip of the iceberg.