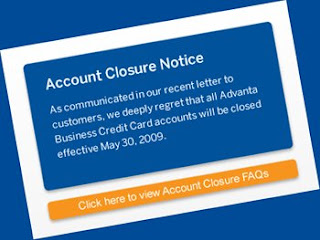 Jobs are being created (150K last month alone), and housing sales are moving up. Economists are now predicting an end to the recession before the year is out. Republicans of course refuse to accept it. They are said to be completely beside themselves at the gathering evidence of great success by this young new president.

Mike you are amazingly deluded. Stop reading the liberal MSNBC spin. Get some real news, hey! why not READ the links Wizard provided.

My wife is facing hours cut from at the public school system. My hours were already cut. Unemployment here is 18% and its going up every month.

Since February, the nation has lost more than 1.3 million jobs, according to the Department of Labor. (I suppose thats a Republican front group?)

Seriously give a factual list of this evidence of great successes Barry has accomplished.

Reuters On U.S. unemployment causing forclosures"Another on ForclosuresUSA Today on how the hardest hit area's are ignored by the administration stimulusLeading economist more Negative Economic newsInvestors Daily spelling out Trillion Dallar Tax'sSince you have no facts, I provided more links from a variety of sources. Perhaps they are all RNC hacks... or will be considered such after you read them?

Only 6% of the stimulus package has been spent. Any credit that Obama (who I actually like in many ways) gets for ANY upturn in the economy will be quite fortuitous. Most nonpartisans will see it more as the business cycle.

Lee everything you say is meaningless. The fact is Barack Obama is president. Get over it. Try to do and say something meaningful instead of spouting Rush Blubberbaugh.

Hmmm...I see a debate where one person provides links to impartial sources and the other blusters.

Please. Ddoes that pass as intelligent argument and debate over in liberal land?

At my work, I am seeing silver and gold making making major price break-throughs and am wondering why, given all the "good news" being reported on the economy. I was actually expecting the economy to pretty much recover before being destroyed by inflation and high interest rates, but perhaps we may not make it that far.

Thanks for the insight and warning Wiz!

Mike you cannot deal with truth, I note you marginalized the messenger instead of dealing with any facts. Also, you invoke Rush as if that somehow makes the posted links and arguments nil. I take any resemblance to Mr. Limbaugh as a compliment (despite the fact, none of the links were to his site).

I just wish you could spell, you do claim to be an educator.

I am well aware who the president, I am quite over it, I suggest you do the same and open your eyes.

Perhaps you cannot point to anything Barry has done for one simple reason. He hasn't.

Perhaps, the Trillions spent with NOTHING to show for it means nothing to you. As long as dissent will not be tolerated?

Yo, MM. I found something on HuffPo that shows the dedication to helping people Obama has demonstraited.

Or maybe Huff Po is another Limbaugh outlet?

Unemployment rate is 9.2%, up from 8.9%. This is .2% higher than predicted, it might be 10% by the end of next year. We have lost over two million jobs this year, since January. There is no way to calculate jobs saved; that is a myth.

Yet MM is saying "Things are turning around!"