I've been meaning to write a few lines about the rapidly expanding war in Afghanistan and the strong presence the United States is still maintaining in Iraq, but President Obama's (supposed) Health Insurance Reform has captivated our attention as a society and my attention personally.

The other day, during my two hour morning monitoring of Morning Edition on National Public Radio, I was astounded to hear that President Obama expected US Troops to be involved in Afghanistan for at least ten more years. Troop strength has already doubled from President Bush's inadequate allocation and may increase again this fall.

What struck me most was the complete lack of protest or concern on the part of most Americans to our continued adventures in Nation Building.

I paused for a moment to consider what would have happened if a newly elected President McCain had maintained over 100,000 troops in Iraq for the next five years and then announced that as many as 100,000 troops might be needed for as long as ten years in Afghanistan.

Had my imaginary President McCain merely echoed Obama's exact strategy, there would literally be rioting in the streets.

And this is why I so strongly hate the current climate of loyalty to political parties (Republican or Democrat) instead of principle. If 150,000 plus American troops adventuring over in the middle east was wrong a short seven (7) months ago, shouldn't it still be wrong today? 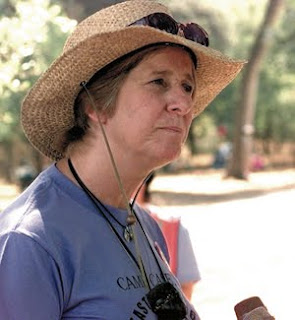 I'm confident that, had we elected John McCain, our involvement in the middle east would be rapidly winding down. Not because McCain wanted smaller involvement, but because he would be battling Nancy Pelosi and Harry Reid tooth and nail for every dollar. McCain would be forced by Congress and the American people to speed up his exit and cut his forces and costs. Hell, we might actually be talking about deficit spending!

But the Democrats in Congress support their President, right or wrong. The very few of them with an ounce of integrity are holding their noses and focusing on the Health Care battle and pretending Iraq doesn't exist.

What caused me to remember this issue from a week or so ago was Cindy Sheehan, a woman with immense principle. A woman that should be representing Nancy Pelosi's district in the House instead of the opportunistic and totally unprincipled Pelosi.

Cindy is a woman who puts principle way above party labels. This week she is taking her August vigil from President Bush's summer home in Crawford, Texas to President Obama's summer vacation spot at Martha's Vineyard.

"We as a movement need to continue calling for an immediate end to the occupations [in Iraq and Afghanistan] even when there is a Democrat in the Oval Office," Sheehan said in a statement. "There is still no Noble Cause no matter how we examine the policies."

She will fight the battle alone. She will have only a handful of followers. There will be no television interviews. And no one, not even Chris Matthews, will wonder why the President doesn't have the courage to walk down the road and meet with her, even though he strongly urged then President Bush to hold such a meeting.

And this is exactly why I put PRINCIPLE above PARTY. President Obama and most of the Democrats have betrayed most of the most cherished liberal principles. Calling protesters a "mob." Dismissing the genuine concerns of American Citizens. Harry Reid and many Democrats refuse to even hold town meetings, calling American Citizens who actually care "evil doers." Hell, Reid even sounds like President Bush. "Evil Doers" indeed.

Democrats do not somehow magically deserve my support because they have a "D" behind their title. They have to earn my respect through honor, honesty and integrity.

You make honest common sense! Kudos. It's a great post.

A thoughtful piece, Wizard. Too many factual errors here, however, to correct in one comment. The one obvious error is that McCain argued for our staying in Iraq for 50 years, as we did in Korea. I think that is your expectation for Afghanistan, too. In the past you thought our presence in Afghanistan was necessary to protect the honor of Afghan women. Ambitious.

It's often pointed out that resistance to the War in Vietnam was largely fed by the near-universal draft. Americans, according to polls, are in favor of bringing the troops home from both Islamic theaters. However, because the occupations are being funded by future generation and staffed by professional soldiers, the urgency is not the same as it was in Vietnam. Bush told Americans to go shopping.

Americans are always up in arms about what really affects their daily lives. This time it's not the draft for military service, but the drafting off of immense resources by the private, for-profit, medical insurance industry.

It's my mission, as it should be yours, to point out that cutting expenditures in military expeditionary pursuits in the Islamic deserts* (which have accomplished nothing and are going no where) is a key to being able afford repairing fractures in our own infrastructure, of which healthcare is only part.
-------
* Pakistan is an exceptional, special case.

Vigilante, you must have selective reading skills. You state an "obvious error" about a McCain quote, which is neither disputed or countered by what Wizard wrote.

In fact it can be read to agree with the quote. Wiz states that congress would force the withdrawal. Neither can I read into this, as you have, that Wiz has flip flopped on afghan women.

Also you deflect to the American People .vs. The anti-war crowd, like the Daily Kos Blog which has turned a blind eye to war now that GW Bush left office. I guess they were not against war, per say, just against anything GW Bush was for?

Lee has raised a good point about this year's Daily Kos meeting, which largely ignored the occupation of Iraq and the war in Afghanistan. One article I read pointed out that Kos folows the Democratic Party line nearly to the letter.

Now I'm no fan of the Daily Kos by any means, but there actions speak volumes about their true priorities, which again reinforces my feeling about Party versus Principle. The political parties and their constant grubbing for power and money lead directly to their betraytal of principle.

Thanks, Lee for making my point about Congress pushing back against the Republicans, proving beyond a doubt they are not against war, just anything Republican's favor.

But keep in mind, Lee, that Republicans are every bit as bad. Bill Clinton was a moderate (even a conservative compared to President Obama), yet the Republicans fought him at every step, just because he was a Democrat.

I do agree that Republicans and their constant grubbing for power and money lead directly to their betraytal of principle.

And got them ousted.

Clinton, however, did work hard with the Republican Congress and in the lost art of compromise was able to curtail the debit. GW Bush (a moderate), should have been treated to the same fiscal restraint.

One could argue that given the current barrow and spend (pun intended), he was more fiscally responsible.

Wizard this is interesting

It's such a sad story. Martha Raddatz [of ABC News] wrote a terrific book about one battle that took place in Iraq, and it was the battle in which Cindy's son was killed. And you look at somebody like that and you think here's somebody who's just trying to find some meaning in her son's death. And you have to be sympathetic to her. Anybody who has given a son to this country has made an enormous sacrifice, and you have to be sympathetic. But enough already.

Cindy Sheehan was once in vogue. Now she is an annoyance. War is okay under Obama?

My personal opinion aside, this yells of party over policy for all the wrong reasons.