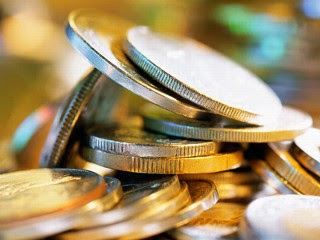 Only now are accountants, government officials and government agencies like the IRS unraveling the massive Health Care Reform Law. And only now are we beginning to understand the consequences of taxation and regulation included in the bill.

In three short words: It's a Nightmare.

I genuinely believe that we must never allow Congress to enact to two thousand page bill again. And I believe that every single member of Congress who voted for this monstrosity should be removed from office.

We will spend months, if not years, undoing the damage this bill has done. But that's if, and only if, our country survives the interim damage.

Small business had feared the actual Health Care requirements would damage business and profits. As it turns out the most severe damage is coming from a new, massive ($$$$ 17 BILLION DOLLARS $$$$$) that will devastate all Americans earning LESS THAN $250,000.00 a year. And small business as we have long known it will likely cease to exist.

The small hidden regulations sound simple enough. Families and business have long been requires to report on an IRS Form 1099 any monies paid to workers or independent contractors. Money paid to nannies or yard workers for example had to be reported to the government. Many a politician has been tripped up by his or her failure to properly document such payments.
But, under new regulations in the Health Care Reform Act, all people and businesses must also file an IRS Form 1099 for and purchase of goods or material from a single individual that totals a mere six hundred dollars ($600.00) per year or more. For many businesses this could be tens of thousands of such forms (and taxes). Imagine a small restaurant who buys lettuce, tomatoes, fruits and vegetables from a variety of local farmers. Or a grocery store.

But similar situations apply to virtually all small businesses. The loudest complaints are streaming from Gold bullion and coin dealers who buy and sell from the public all day long.

In an article today on the
ABC NEWS Website they report that "...every time a member of the public sells more than $600 worth of gold to a dealer the transaction will have to be reported to the government by the buyer (in this case the small business)."

Pat Heller, who owns Liberty Coin Service in Lansing, Mich., deals with around 1,000 customers every week. Many are individuals looking to protect wealth in an uncertain economy, he said, while others are dealers like him.

With spot market prices for gold at nearly $1,200 an ounce, Heller estimates that he'll be filling out between 10,000 and 20,000 tax forms per year after the new law takes effect."
Rep. Daniel Lungren, R-CA, has introduced legislation to repeal the section of the health care bill that would trigger the new tax reporting requirement because he says it's a burden on small businesses.

"Large corporations have whole divisions to handle such transaction paperwork but for a small business, which doesn't have the manpower, this is yet another brick on their back," Lungren said in a statement e-mailed to ABCNews.com. "Everyone agrees that small businesses are job creators and the engine which drives the American economy. I am dumfounded that this Administration is doing all it can to make it more difficult for businesses to succeed rather than doing all it can to help them grow."

Standard & Poor's, Moody's Investors Service and Fitch Ratings are all refusing to allow their ratings to be used in documentation for new bond sales, each said in statements in recent days.

Each says it fears being exposed to new legal liability created by the landmark Dodd-Frank financial reform law.

Lee, I sure agree with you.

The Dodd-Frank Bill is another 2,000 page plus nightmare that is nothing more than a massive Federal Government expansion. The bill provides rewards to the very people who failed us so miserably in allowing the current financial crisis to happen.

But it is what you should expect from Senator Dodd and Barney Frank, the very men who were responsible for the regulations that caused this crisis.

I haven't followed this particular angle of the HCR bill,Bob, but everything else I've read shows it to be terrible legislation.

With the amount of $ Americans will be forced to hand over to the health insurers, it's supporters could have horse traded and got much in return.

Instead IMO it's a bailout of the health insurers.

I'm equally disappointed with the Dodd-Frank Bill. No systemic change, no needed regulation. More power vested in the Fed which will not be used for the benefit of Main St.

I would suggest though, that with the complicity the ratings agencies played in our economic disaster their actions should be disregarded in the same manner as we should disregard anything Goldman-Sachs does.