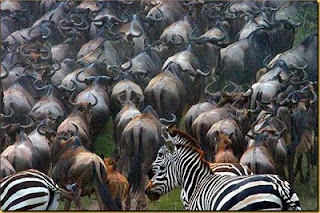 "Imagine that: Americans are fleeing high tax, union-dominated states and settling in states with lower taxes, right-to-work laws and lower government spending. Nothing sends a message like voting with your feet."
Posted by Bob Keller at 11/17/2010 12:58:00 PM

You want a comparison of red states and blue states? The Red states are the welfare queens sucking at the teats of the federal government:

There could be Sen. Jim DeMint's South Carolina, which gets $1.35 on the dollar.

There could also be Sen.-elect Rand Paul's Kentucky, which rakes in $1.51.

Compare those states to two that are in financial crisis and suffer an even worse balance of payments than we do in New York.

California receives only 78 cents on the dollar.

And New Jersey gets just 61 cents, though it does have a hit reality show.

Maybe there will be more reality shows featuring other big names in the Tea Party who call for cuts in government spending even as their home states are subsidized by the rest of us.

Federal spending by state does not really divide up very well into red and blue unless you cherry pick your data. The lowest per capita Federal spending is Utah, and states don't get much redder than that. The highest spending per capita states are Virgina and Maryland respectively.

so nice post and great site thank you for your sharing