The violence has become so horrific that it DEMANDS the President make a speech from the Oval Office during prime time.  Our civic leaders need to rise as one and demand the powerful United States take a stand for the sake of humanity.  A generation is being murdered.  And, worst of all, we're not talking about Darfur or Cambodia or any far off land, we're talking about the President's home town, Chicago. 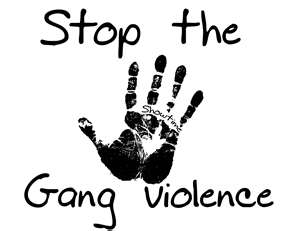 This year there have been 228 gun deaths in Chicago, so far. Actually, that number is a week old, so it's higher now.  While also a tragedy, there have been 144 American deaths in Afghanistan.  Unlike the 228 Chicago number, the Afghanistan number includes deaths for all reasons, accidents, and roadside bombs.   The Chicago number is gun murders only.


But that number is dwarfed by the gun deaths in Chicago.  Since we first invaded Afghanistan, Chicagoans have murdered 5,000 other Chicagoans, nearly two and a half times more than American lives lost in Afghanistan.


Yet we hear about the war in Afghanistan nightly.  ABC, CBS and NBC have reporters stationed in Afghanistan.  We marvel at their bravery.


In waging the war in Afghanistan the United States has spent between $2.3 and $2.7 TRILLION DOLLARS!!  In Chicago we've spent virtually nothing.  There are no troops. Hell, there are damned few police.  And few murders are solved, most are just chalked up to gang violence.

Why do allow this tragedy to continue?  Even worse, Chicago is just one city plagued with murders and gun violence. In all of America over 4,000 are murdered yearly.

I am trying to figure out how a speech will stop gang violence. Chicago had 1300 gangs back in the 1920's.

But, why pick on Chicago? The gang homicide "hot spots" are Long Beach, Los Angeles, Newark, Oakland and Oklahoma City, According to the CDC.

Then comes the actual, what should we do? Police are only effective with Judges and Prisons. Unless martial law is declared on an area and the Military comes in and detains them on Gitmo?

Chicago is a petri dish of failed progressive ideas. Generations of black families destroyed by welfare and liberal guilt. Public housing with its predictable problem of the commons. Corrupt crony politics for decades coupled with affirmative action that demonstrate the peter principle. Top that off with the holy grail of gun control, and you have the mess that is Chicago.

The rest of Illinois has little use for Chicago, except as an occasional tourist destination.