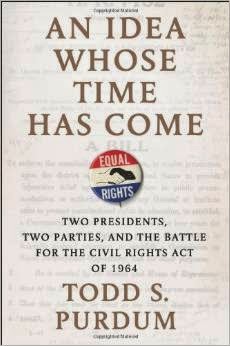 I genuinely believe President Barack Obama could get immigration reform passed if he could just bring himself to stoop down to the level of one of the greatest politicians in our nations's history, and one of our greatest statesmen, Lyndon B. Johnson.
Posted by Bob Keller at 6/29/2014 12:12:00 PM

Mr. Obama couldn't get anything passed in a bipartisan fashion because he doesn't respect his opponents or their positions.

This is oversimplifying, but how do you compromise with someone who is totally wrong? Agree to be half-wrong?