I'm waiting for a real Presidential Election Campaign. I'd do almost anything to have one. You know, a campaign where candidates discuss the real issues and make genuine proposals on how to address the problems facing Americans.

I'm not expecting to see any such campaign. Not now or ever. And the thing about low expectations is that you are rarely disappointed.

Over the last two weeks I've watched the Barack Obama campaign self destruct. Not the kind of train wreck that leaves your eyes glued to the television, but, instead a slow and painful disintegration of a candidate who over reaches, plays to the camera, and puts his ego in front of the voters.

I was one of the few who said the media circus of Barack's foreign trip was a huge mistake that would never play well at home.

Indeed, it seemed that Obama learned nothing on his "fact finding" journey. Worse, he boldly telegraphed his intention to "learn nothing" by announcing his Iraq Strategy before leaving the shores of the United States.

Except for the brilliant Katie Couric (attention CBS, give that woman a lifetime contract) the vacuous press coverage only added to the feeling that Obama knew very little and learned even less. The trip wasn't about Iraq, or Afghanistan or Germany, or France, it was all about Obama.

The absolute low point was Obama's speech to what used to be 200,000 European fans. The whole idea of the speech was a huge mistake to begin with. It was never going to play well here in the United States. It diminished Obama, turning him from a leader into a rock star. But Obama made it much worse be delivering a stock speech that said virtually nothing. Europe was disapponted. America was mystified.

Attention Barack, what you say matters. And when you have nothing to say, you'll never hide the fact by saying it beautifully.

Because I was one of only a handful that realized the trip was going so badly, Barack Obama returned basking in the glow of a press corp so in love with Obama they'll tell him anything he wants to hear.

"Yes dear, your speech was brilliant."

"No honey, you don't look fat in that suit."

So, returning to his home country, where we really are in trouble and we really need his leadership, Obama went on the stump with new speeches and tag lines that were all about Obama. He told us how absolutely brilliant his campaign was. He actually begged us at one campaign stop not to blame him for campaigning so brilliantly.

As 80% of Americans want us to reduce our dependency on foreign oil, Obama told us to check the air pressure in our tires.

We no longer had a candidate for President, we had Marie-Antoinette. And Obama's poll rating plummeted. Suddenly he was tied or actually below McCain.

Here's the real punch line. If McCain's campaign wasn't so horribly run, McCain would actually be up by 10% and the pundits would be talking about the "unelectable Barack Obama."

Attention John McCain, when your opponent is self destructing, get out of the way. 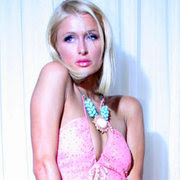 In case we somehow missed the fact that Obama's campaign had become all about Obama, McCain issued the now famous Paris Hilton ad.

VIntage McCain. I believed this ad was so horrible and mean spirited that it would single handedly put Obama back in the race.

But no..... This should teach me not to raise my expectations too high. Barack Obama simply cannot get passed the concept that the entire campaign isn't all about Obama.

So out Obama trots the continuous chant about how his mysterious and unnamed opponents will try to scare voters by saying the Obama "doesn't look like all those other presidents on the dollar bills." What the hell is Obama looking for? The sympathy vote?

McCain's camp finally erupted. Not on any real or important issue like energy independence, the economy, the war on terror or anything like that, but on the underlying tones or racism in Obama's self centered mantra.

Wow! Boy, am I gald this all consuming issue is out on the table!

And Obama's campaign was at first totally caught off guard by the McCain attack. They actually apologized and clarified Obama's remark.

So, as public enemies number one and two (Nancy Pelosi and Harry Reid) sneak out of town without doing a single damned thing to begin to solve the energy crisis, the morning news shows and The New York Times and most bloggers and radio talk fests can all obsess over the injection of race into this already tawdry political campaign.

Hmmm. Maybe the Lincoln-Douglas debate is what you long for. I think Obama's doing a great job of exciting the world about America again, I don't care if they do think he's Paris Hilton, he's certainly not. Are you aware that he helped pass legislation and funding to reign in Soviet nukes so that terrorists can't get them (Lugar-Obama nonproliferation initiative)? He's actually got substance behind the beautiful words (a safe, peaceful world). I'm puzzled that you discount the importance of a world trip, including the Middle East, when most Americans believe our real threats are really "out there." He HAS to establish that he's got his eye on National Security or McCain will hammer him in the fall. He is currently paying a lot of attention to domestic issues--and will from here on out, I'm sure.