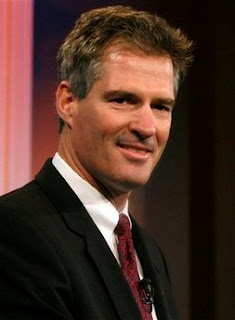 As public support for President Obama's Health Care Reform Bill craters (as it rightfully should), the race to fill the late Ted Kennedy's Senate Seat has become a proxy battle over the bill itself. Forces nationwide, both for and against the bill, are aligning themselves with the Democrat or Republican candidate in hopes of confirming or defeating the legislation.

The vast majority of the population oppose the bill as it has formed in Congress. I don't believe there is a single state where supporters outnumber opponents. And this includes the great state of Massachusetts.

The nation has determined, quite correctly, that this bill is a disaster that will likely destroy the budget, the struggling economy and, most assuredly, health care as we have known it in the United States. Liberal states have determined the bill harms Union contracts and threatens traditional Medicare, especially Medicare Advantage, which the bill virtually eliminates. Medicare Advantage is especially popular in Massachusetts.

So poor Democrat Martha Coakley, who ought to have been a shoo-in for Ted Kennedy's seat is facing the battle of a lifetime against ruggedly handsome and articulate Scott Brown, a Republican who only weeks ago had no chance of winning.

Coakley has fallen into line and supports Obama's Health Care Plan. There is absolutely no doubt in my mind she would win in a landslide if she only had the courage to oppose the bill. But, alas, she is stuck with supporting a bill no one with an ounce of integrity would ever endorse.

I don't care how good you are, you cannot do anything but look like a sock puppet when you support this bureaucratic nightmare of a bill.

Last night Scott Brown easily raised 1.3 million dollars on the Internet in just a few hours after his brilliant performance in a debate against Coakley. And national Republicans who wouldn't have bothered the answer his phone calls just two weeks ago and scrambling over each other to endorse him and campaign with him on the stump.

It helps that Brown is a moderate and not a reactionary conservative, but he still agrees with most Republican positions.

I still don't think he can win in Massachusetts but it helps that he is on the right side of the Health Care Debate.

I have several Democrat friends who have sent donations to his election.

To me, that speaks loudly.

Oh Wiz you may want to correct your posting. It is not Ted Kennedy's seat. It is the People of MA's Seat.
:)

Coakley was emphatic, if not enthusiastic, about her guaranteed support of Health Care Restructuring.

If I lived in Massachusetts< I'd want to know why she was supporting a bill that would reduce the quality of Health Care in my state and why I, as a Massachusetts' resident, had to subsidize Nebraska's Medicare program with my taxes.

Well, I think you could say he won even if he was on the wrong side of the health care debate. That would be my conclusion. I wish I had the energy and time to say more, but the GOP has won a big one. I'll just say that. Hurts.

The present healthcare bill is DOA.

Losing a senate seat you've held for over 40 years is way more telling then the healthcare bill.

Congratulations to Scott Brown's for his victory of the U.S. Senate seat in Massachusetts!