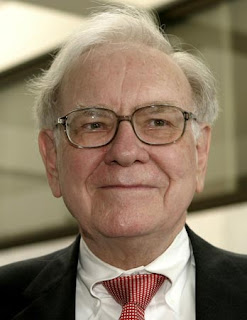 The current Wall Street credit and lending crisis has been called an "economic Pearl Harbor" by mega-investor Warren Buffett. After doing as much study and research as I can, and talking with experts I trust, I believe Buffett's analogy is true.

President George Bush's speech last night was probably the very finest of his presidency. Bush was clear, logical and he didn't "talk down" to his audience as he often does. He told the true and exact story of the events leading up to the crisis and didn't play politics at all. That was a surprise.

In fact, Bush was unusually non-partisan. He clearly reached out to Democrats.

The only political note I will add is strictly my personal opinion that John McCain continues to handle this crisis about as badly as it is possible to handle it. His political "time out" and his proposal to delay the Friday night debate looks incredibly foolish.

An important part of the decision we voters must make in choosing the next President is watching how he or she handles events. McCain looks very bad here. Even if he is totally sincere in his desire to help solve this crisis, he still appears to be playing politics. As I often say, "Perception Becomes Reality."

If the McCain campaign was frightened by the polls yesterday, just wait until next week.

But let's get back to the real crisis. Warren Buffett is like the men and women who volunteered to join the military after Pearl Harbor. He immediately volunteered to serve with his
FIVE BILLION DOLLAR INVESTMENT in Goldman Sachs.

From the Bloomberg article linked above:


I have been a strong and unrelenting critic of Warren Buffett on these pages for his absolute failure to cease investments that are empowering the genocide in Darfur. But I certainly applaud his stepping forward today to help calm the markets and support America during this current crisis.
Posted by Bob Keller at 9/25/2008 10:21:00 AM

I recall Carter doing the 'suspend' thing during the hostage crisis.

Mr Buffet did more then purchase $5 billion worth of Goldman Sachs stock.

This is public stock yet he is getting 10% interest a year forever. With options to buy another $5 billion at a guaranteed price of $115 for the next five years.

Did you actually use "Bush" and "logical" in the same sentence. Oh, Wizard...

I gotta disagree with your McCain comments. His actions in fact seem vintage McCain more than a political calculation. Jumping in to do what is right regardless of the political consequences is McCain's style.

The opposition spin, of course, is that this is a political stunt. While the Dems have been saying the deal is already done, he is just trying to horn in and get credit, the latest reports say the deal is now in question, and that conservatives are balking at it.

McCain can deliver the conservatives and make this deal happen. I cannot think of any other leader that could bring everyone together and get the deal done.

Of course, whether or not doing this bailout is a good idea is another question...see my latest blog post.

The term "Pearl Harbor" is also interesting, in it connotes an attack. This crisis was largely forced by huge selling pressure on the financial institutions. In other words, lots of short selling. Short selling by whom? The timing, just before the election, seems suspicious. Could a relatively small group of people precipicated the crisis purposely?

I honestly think this is a little "out there", but then again, I would not be shocked to find out it was true.

My biggest surprise so far has been the intense political attack by Harry Reid on John McCain. It seems so terribly out of place compared to everything else going on.

I'm guessing Reid was (is) under direct orders form the Obama campaign.

Some have said it was Obama that caused the white house meeting to blow up and the DNC is spinning.

I have been looking for confirmation to this one source.