A Failure of Leadership

Warren Buffett has called the current crisis an "Economic Pearl Harbor." But can you imagine what December 7, 1940 might have been like if we hadn't had the inspirational leadership of President Franklin Delano Roosevelt?

If today's crisis is the economic equivalent of Pearl Harbor, what is missing the leadership to rally and galvanize the American Public into action. As the American ship of state sinks into an economic cesspool, no captain has emerged to organize the crew to begin bailing out the water and turning the ship's weapons toward the fight. 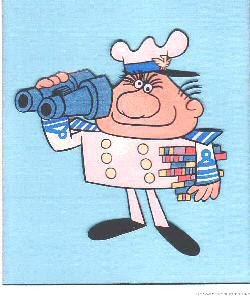 Missing in action is President Bush. The worst kind of lame duck, Captain Bush was late to spot the economic mine fields and slow to steer the ship past the danger. It goes without saying that Bush is no Roosevelt.

But the two would-be Captains were even worse. Both abandoned ship and instead worked to organize the crew into competing water polo teams. Suddenly the object was not to save the ship, but to "win the game."

Obama's phone-it-in failure is especially bad. Not that the press or public is paying any critical attention to Obama, but he is doing what he always does, he is "voting present." Even in the heat of the House vote yesterday, Obama never ever endorsed the plan. In fact he has never admitted any support or opposition for the plan. He is completely invisible.

Obama's pathetic performance over the last week may well win him the election. but it should actually disqualify him from the office. The pubic and the press will long regret giving Obama a free pass in this election. You cannot vote "present" during the biggest economic crisis of our time.

On the other hand, McCain flopped and floundered like a wounded fish. At first he attempted to take on the role of leader. He flew to Washington and assume the role of Captain. Except he, too, refused to actually take a position on the bailout. His failed attempt at action came off as political grandstanding.

America really wanted a leader. McCain should have opposed the bailout. I believe that was his natural inclination. But he didn't. Yet he failed to actually rally enough house support to get the compromise bill passed.

The debate last Friday night was revealing. Moderator Jim Leher allowed Obama to skate completely by the issue with making any kind of commitment, but then pressed McCain repeatedly and forced him to commit his very weak and tentative support.

It was a test of leadership. Obama cut class and never took the test. He, instead went to the mall. McCain took the test, but failed.

It would be really remiss of me not to point out the biggest failure of leadership was the "worst Speaker of the House in American history." Pathetic. Once again Speaker Nancy Pelosi could have easily and simply engineered a landslide victory for the bill in the House. But, as I have often pointed out, Pelosi doesn't care about America or the people, she only cares about cheer leading the water polo game.

While some Republicans falsely blamed Pelosi's incredibly tone deaf speech on the House floor for "poisoning the vote" her real failure was in poisoning the entire process. She constantly marginalized Republicans and typically refused any effort at bipartisanship.

She falsely claimed to support the bailout, but never organized the Democrats or attempted to whip the vote. Virtually every Democrat Party leader in the House except Pelosi and Barney Frank voted against the bailout. And she demonized Republicans every second of the day. She demanded bipartisanship from Republicans but practiced none.

Any other Speaker of the House in our nation's history (and I mean any) could have easily passed the bill. Only Pelosi failed. She must be removed from her role in the House.
Posted by Bob Keller at 9/30/2008 02:44:00 AM

Pelosi is quite the train wreck. I agree seeing her step down as leader at a minimum would be good for the country.

Bush actually saw the problems comming, and tried to do something.

I suspect, he was hoping for this to fall on the next presidents watch.

I have too been quite dismayed about the performance of both of our candidates. I was going to blog about that myself, but you did such a find job of it.

I disagree that Bush hasn't shown leadership. He jumped into action and has been cheerleading this bailout. As you pointed out, only the poor performance of the Speaker of the House has prevented the bailout from already being enacted. Of course, after 7 years of withering assault by the media, he certainly doesn't have the power he once had. But think: without his leadership, would this bailout be even considered?

With the current climate,isn't the idea of distancing yourself from Pres. Bush the name of the game?

Republicans have marginalized themselves, Wizard. You give the Speaker too much credit. But you don't give her enough credit on the real score. 60% of the Democrats voted in the affirmative compared to 33% of the Republicans. 3rd grade math, probably. But it's not my intention to marginalize you.

I still believe the bill will pass..... probably tomorrow.

vigilante, The story of Pelosi's design to make this bill fail has now fully emerged. She wanted the bill to fail.... I'm just not sure why. It is a mystery to me. But she did the same thing to the energy bill.

What is fascinating is that she measured the vote so very closely, actually reducing Democrat votes near the end to assure failure. It's a remarkable story. Even her now discredited speech was iceing on the cake.

Congress extremely low approval rating is much deserved. When you block 90% of the legislation favored by the public, you're going to end up down at 10% approval.

I think my problem is that I keep looking for a reason... for the motivation for Pelosi's strange behavior. But perhaps I simply need to remember the fable of The Frog and the Scorpion.

I really need to devote a whole blog entry to this mystery.

Wizard, you're obsessing on the wrong mystery. The real mystery is why Republicans think they are still privileged enough - after the trail of destruction and misery they have left behind them in this short century - not to have to run on their own record.